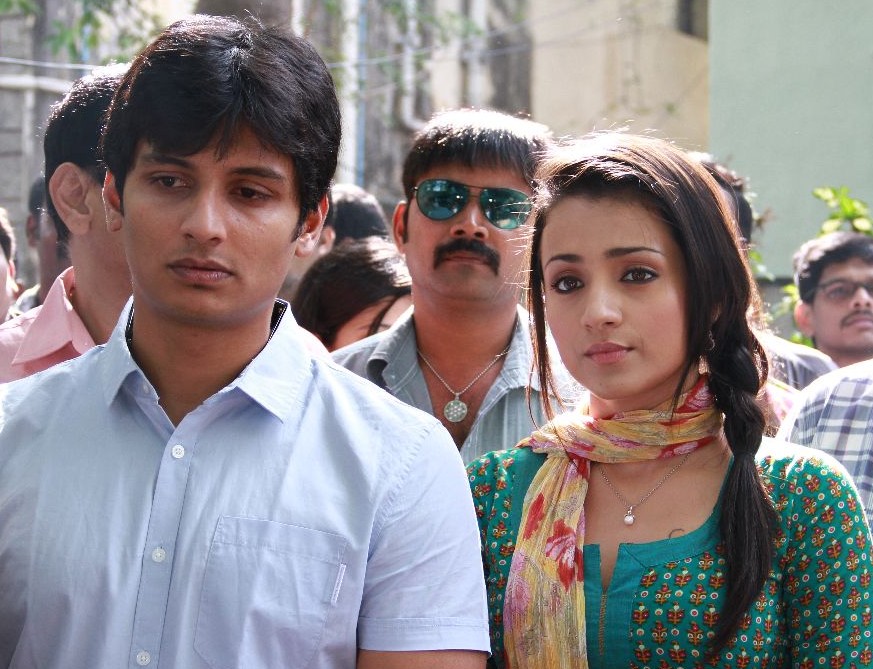 Trisha who has never worked with Jiiva so far is being paired opposite him. She has tweeted: “It is a working Sunday for me and I’m actually loving it. First day combination with Jiiva, Santhanam and Vinay on the Endrendum Punnaghai sets.”

Trisha is undoubtedly one of the longest survivors in an industry where heroines hardly last a year!

It speaks volumes for Trisha’s resilience, willpower and professionalism. However, she is facing stiff competition from younger heroines such as Hansika, Shruti and Samantha but still Trisha continues to be the hot favourite of everyone.

She is also doing Bhoologam opposite Jayam Ravi, the pair who gave a super hit in Something Something a few years back. In Telugu, Trisha is yet to sign any new film and the buzz is that she is going slow, and will get married to the Rana, one of the most eligible bachelors in south India by next year(in Pic: Rana &Trisha)