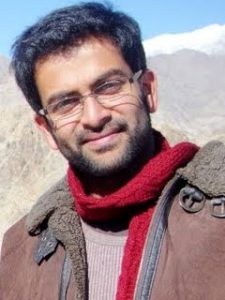 Director Dr. Biju’s latest movie ‘Veettilekkulla Vazhi’ has been selected to the competition section of the tenth edition of the’ Imagine India International Festival’. The festival to be held at Madrid, Spain in between May 17-31 will feature only one more film from South India, Girish Kasaravally’s ‘Riding the Stallion of Dreams’.

‘Veetilekkulla Vazhi’ is produced by B C Joshy in the banner of Surya cinema. The movie which was already screened in five international film festivals including Cairo and Mumbai has already bagged the Netpac award for best film in the IFFK, 2010.The movie featuring Prithviraj in the lead and shot in Panavison camera across six states of India, will get to theatres by the month of April.