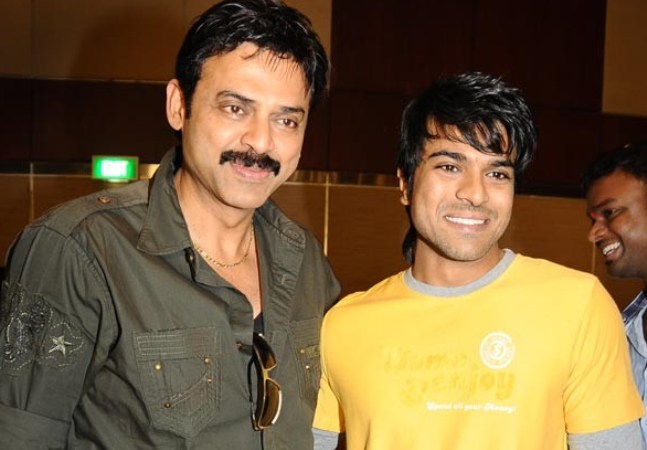 Ram Charan will soon team with creative director Krishna Vamsi for a multistarrer movie in Tollywood and Victory Venkatesh will also be part of the prestigious big-budget film.

Ram Charan has confirmed the news and informed that the film will be a family drama. The Thoofan actor informed that he is glad to share screen with Venkatesh. Ram Charan also has films with Trivikram Srinivas and Surender Reddy lined up.

Ram Charan is also set to turn producer with Mega Star Chiranjeevi’s 150th film and the young actor says he has two scripts ready for his dad and he would make the film if Chiru allocates his call-sheets.