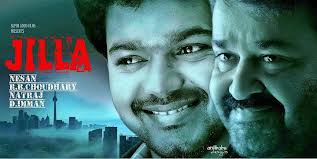 Vijay Sunday joined the team of his new film “Jilla” for a photo shoot session here. Mohanlal and Kajal Agarwal were also present on the sets.

“Vijay sir, Mohanlal sir and Kajal joined the photo shoot session today (Sunday). The regular shooting of the film is likely to start by May end,” a source from the film’s unit told IANS.

The film will be directed by debutant Nesan and Vijay will be seen essaying a Madurai-based rural character, while Malayalam superstar Mohanlal as Vijay’s mentor.

“We will predominantly shoot in places such as Madurai, Chennai, and also in Andhra Pradesh. Songs will be shot abroad. If everything goes well, then we will most likely release the film during Pongal next year,” Nesan told IANS.

Kajal plays Vijay’s love interest in the film, while yesteryear actress Poornima Bhagyaraj will be seen in another key role. Mahat Raghavendra and Parota Suri are also part of the cast.

Being produced by R.B. Chowdhary under his home banner Mega Super Good Films, “Jilla” will have music by D. Imman.