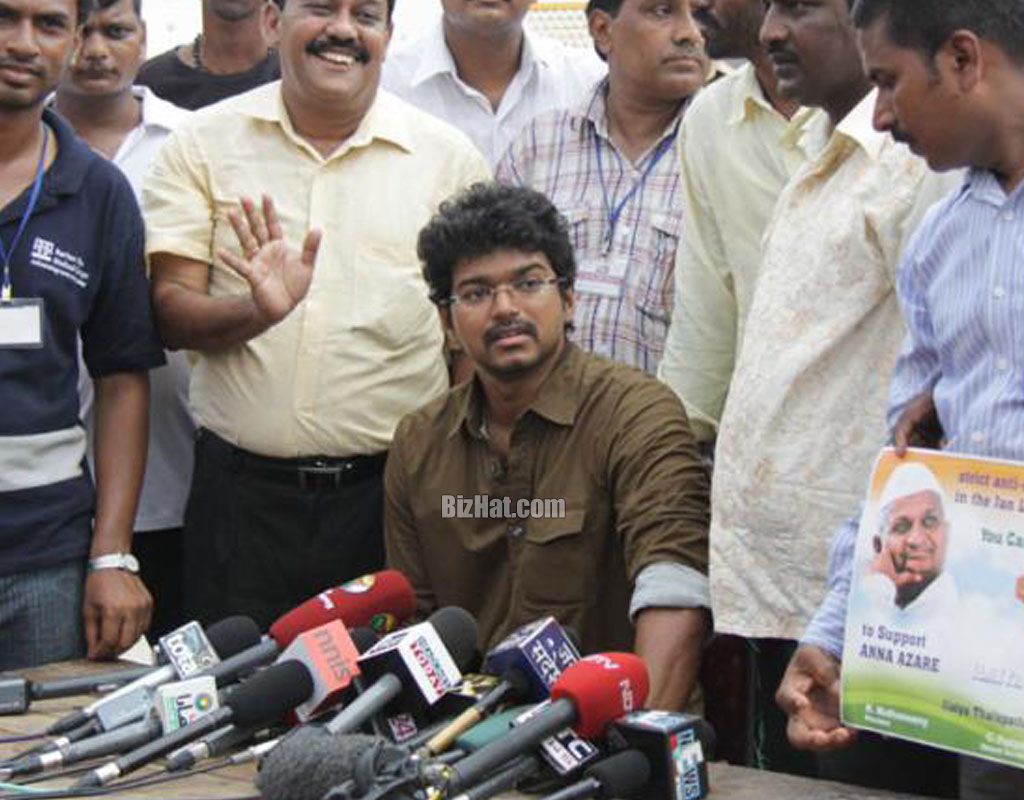 Thursday was a memorable day for Vijay and his fans, for the Ilayathalapathy left for New Delhi and took part in the fast of social activist Anna Hazare, who has been urging the Union Government for a powerful Lokpal Bill.

Addressing the crowd in the presence of Anna, Vijay said, “His hunger protest at the age of 75 shows his determination. His love for the nation is visible with this fast of him. He is creating great awareness.”

The actor, who is heading a social welfare organisation called Makkal Iyakkam, further stated: “A lot of youngsters, especially students, have been supporting Anna Hazare. As a Tamilian, I would like to convey my wishes and support to him.”

Stating that Makkal Iyakkam would stand behind Anna and his fight, Vijay added that it was a proud moment for him to take part in the hunger protest at Ramlila Maidan. Office-bearers of his fan clubs accompanied Vijay.