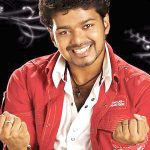 This would be the first time Vijay, who has been saying that he would ‘indulge in politics’ in a few years’ time, has taken up a public cause and decided to go on protest. The star’s fans from many other Districts are also expected to take part in the protest to add to the numbers and to show to the other political parties in the State about the star’s ‘strength’