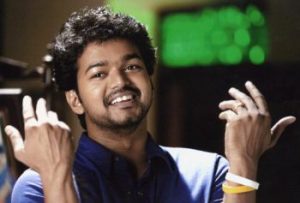 Ilayathalapathy Vijay always will be a step forward to take part in welfare activities for the poor and needy.  So far he has done many social activities and now latest to this he decided to do some more than what he has done so far.

Vijay has now decided to spend 10 percent of his earning on various welfare schemes for the poor and needy. His father SA Chandrasekar has revealed this and they are planning various welfare schemes in the districts of Tamilnadu on regular intervals. He also confessed that Vijay is moving in the track of late MGR. Some of the reporters who were present have quizzed Chandra Sekhar that the motive behind this move is to convert Vijay’s Makkal Iyakkam in to a political outfit. By answering this SAC said one need enter into politics to do good things for the society.

Meanwhile, Vijay and his fans are gearing up for the audio launch of Velayudham which is all set to take place on August 28th, 2011 at Madurai.