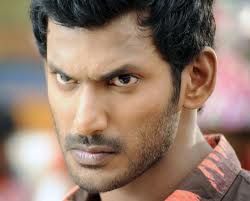 Tamil actor Vishal known for films such as Pandemkodi, Vaadu Veedu will start shooting for his yet untitled Telugu debut movie from November.

Since Vishal dubs in Telugu for his Tamil films, he already has a decent fan base in Telugu industry.

“I will finally start shooting for my Telugu project in November. It has been pending for a long time, and I have finally decided to work on it. Since most of my Tamil films have been dubbed in Telugu, I don’t see it as a new industry anymore,” Vishal said.

“It’s not easy to enter this industry with cut-throat competition. Through my production company, I plan to give opportunity to aspiring directors,” he added.