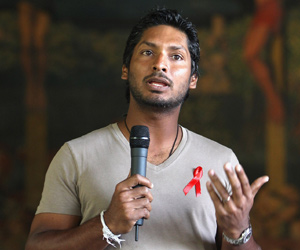 MUMBAI: Sri Lanka skipper Kumar Sangakkara said on Thursday that it was always nice to play at home and they will miss the home crowd greatly when they play New Zealand in their last Group ‘A’ match at Wankhede Stadium on Friday.

“We will miss them greatly but at the same time we know that if we win tomorrow, we can give them something special,” said the stylish left-hander.

Sri Lanka will play their first away match of the tournament on Friday. However, Sangakkara said that wickets in India seem to be lot more balanced than in Sri Lanka. “Chasing in India would not be too much of disadvantage whereas in Sri Lanka the conditions do change and it could be a slight advantage to a side. The totals seem to be bit high here,” he said.

The searing heat conditions could be an advantage to the Lankans, he said. “Different sides react to the heat in different ways. But being a sub-continental side, we are used to play in heat.”

All-rounder Tillakaratne Dilshan had an important role to play for his side, Sangakkara said. “All the three aspects of Dilshan’s game are very important to us, his batting, his bowling and his fielding. He has got a knack of doing something special in either of the disciplines. For him being part of our squad, is very good for us.”