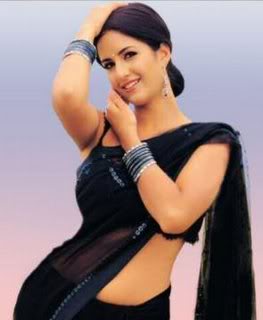 Bollywood superstars Salman Khan and Katrina Kaif might have parted ways long back in real life, but at the end of the day, they are thorough professionals. And if the recent reports are to be believed, the B-Town’s ex-lovers are all set to prove their professionalism once again, by reuniting onscreen.

According to the reports by a leading daily, Salman Khan’s sister Alvira Khan and her director husband Atul Agnihotri have planned to reunite Salman and his ex-girlfriend Katrina Kaif once again onscreen. Reportedly, Katrina will be doing a cameo in an item song from Agnihotri’s next, opposite Sallu. But, this isn’t the first time Sallu and Kat will be seen doing an item number together.

They were earlier seen together in an item number from the film Bodyguard, that featured Salman and Kareena Kapoor in the leads. Click on this to see more pics of Katrina Kaif. Guess, Who Has Planned To Renuite Sallu-Kat? If reports by the daily are to be believed, Katrina Kaif gave a nod to ‘Aaya Re Aaya’ song, after Salman’s sister Alvira and her husband Atul had requested her to do so. And now if things go fine, Sallu and Kat might again team up for Atul’s upcoming movie. On the other hand, there isn’t such confirmation from Atul Agnihotri. The director refrained from revealing any details of the film, and told the daily that they are still working on the song.