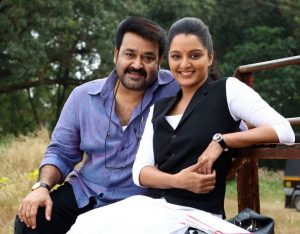 Ennum Eppozhum, the forthcoming film directed by Satyan Anthikkad. The film has Mohanlal and Manju Warrier in the lead.

The first look teaser of the film has come out and that features Mohanlal talking to a “Nepali gorkha”. The dialogue reminds the viewers about the superstar’s evergreen dialogues from the yesteryear hit Gandhi Nagar Second Street.