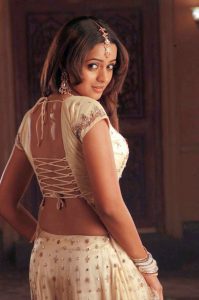 Bhavana is a famous Malayalam film actress from Thrissur in Kerala. Bhavana is the young and beautiful actress of South Indian films today. Her original name is Karthika.
Bhavana made her way in to the field with her immense talent and pleasing beauty. Bhavana becomes one of the most wanted and the new sensation in a very short span of time. Bhavana lost her career in mallu movies so she is very busy in tamil movie world.

This pretty smiling girl gained name in Tamil films through the blockbuster Chithiram Pesudhadi. Bhavana’s role in the film was remarkable, and she was a natural in front of the camera. The film brought her good recognition.
Bhavana thereafter, kept away from glamour, preferring performance-oriented characters. Though her work in films like Deepavali, Aarya, Koodal Nagar, Rameshwaram have been appreciated, none of them were runaway hits.