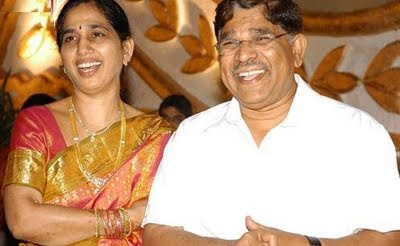 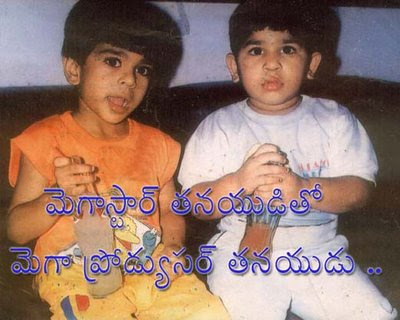 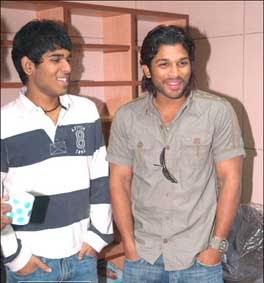 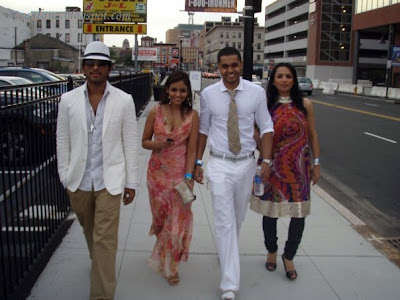 Bunny did his schooling and Plus Two in St Patrick School and later he did his BBA Degree from MSR College from Hyderabad.

Before coming into Film Industry, Bunny undergone informal training from Kishore Naveet Kapur at Mumbai in 2002, Incidentally his cousin Charan Tej also learned his basics in acting from the same Kishore Naveet Kapur. while in school Bunny acted in many stage shows, Since childhood, he has that fire and desire to become an actor. Bunny did a quick cameo in his own production movie DADDY, Megastar Chiranjeevi is his demigod and he inspired a lot from Chiranjeevi garu in many aspects in life like social service and well behaved ness. Bunny too donated lot of money in numerous occasions to orphanages as part of the social service activities.

Allu Arjun’s debut as an actor, was in a Telugu movie named Daddy which was produced by his father. His first movie where he played the lead actor was Gangotri which was directed by K.Raghavendra Rao.

His second film Arya, which was released in 2004 was a hit at the box office. It was Arjun’s first major hit.

In 2005, his third film Bunny was released. His fourth film Happy which was released in 2006 did not prove to be as successful as his previous ones. The film managed to make a decent profit in the Indian movie scene in the U.S. He is best known for his dancing skill and style. 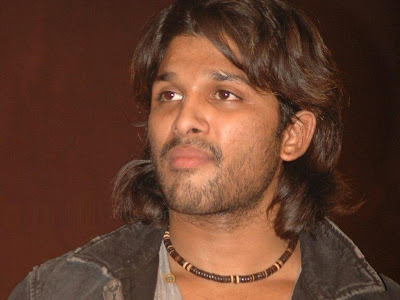 In 2007, his fifth film, Desamuduru, directed by Puri Jagannadh, proved to be a box office hit and the first hit of the year in Tollywood. This movie grossed 12.58 crores and a share of Rs. 9.5 crores worldwide in the first week of its release. This opening remains his highest so far in his career. In the same year, he also made a guest appearance in his uncle, Chiranjeevi’s film, Shankardada Zindabad. 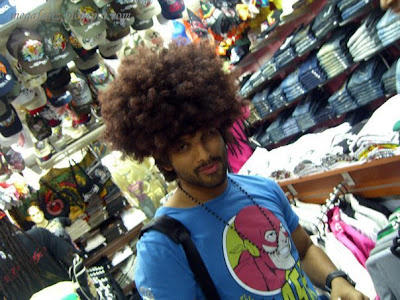 In May 2008, his sixth film Parugu was released, which was directed by Bhaskar.
All of Allu Arjun’s movies except Gangotri were translated into Malayalam. Desamudrudu was renamed to Hero and Parugu was renamed to Krishna when dubbed. This helped him gain some popularity in the state of Kerala where his movies were received well. 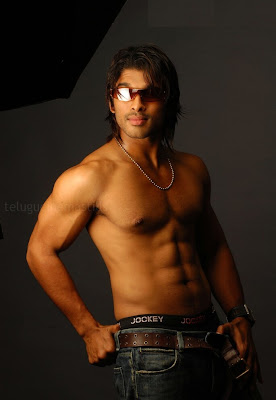 After the super hit of Bunny (2005), Stylish Star Allu Arjun is all set to team up with director V.V. Vinayak again in a commercial flick to be produced by hit maker Allu Aravind under the banner of Geetha Arts. This film is expected to go on floors in June. 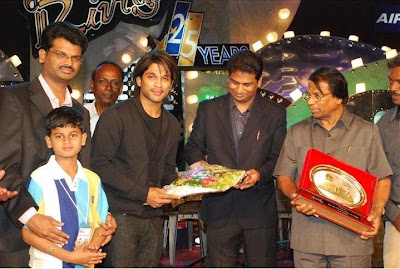 Meanwhile, Allu Arjun’s other Telugu film, directed by Gunasekhar and produced by hit maker D.V.V. Danaiah, started rolling and tentatively titled as Varudu. The hunt is still on for a new heroine. Allu Arjun will have a foreign babe as his heroine in this film which will be shot in three schedules. The first two schedules will end by March and April. The third schedule will start in April end and will continue till the entire shooting is complete.Then later he is a planning of ating in a tamil film Whih is going to directed by Gautham Vasudev Menon. 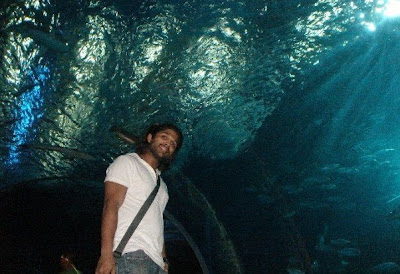 Besides acting in films, Arjun is deeply passionate about photography. He is particularly fond of still photography. Taking pictures is something he has been doing for many years now.

Arjun says that deep down he is a shy and reserved person who hates to talk about his intimate feelings and about the people he is close to. This is where photography fills the gap.

The actor says this hobby gives him an emotional release.

“I find it very hard to talk about my relationships…that’s where the photography in me surfaces. It helps me to exteriorize my thoughts,” Arjun adds that he takes photos only for himself and has no intention of publishing them or even showing them to anyone. 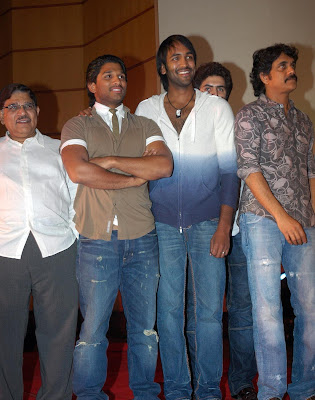 * “Donate blood once or twice per year. If you spare a ten minutes, that little time can save a human life. It’s not a message it’s my request.”

* “I do read personality development books most of the film. My all time favorite has been ‘Who moved my cheese’ by Dr. Spenser Johnson.”

* “I watched Indra from 14-15 times. I absolutely love that film. Tagore I watched about 6-7 times. I would have watched it for many more number of times, but time did not permit me. Every time I watch Indra, I find something fresh and new in it.”

* “I love unknown places. Suppose if I have seen some program about Spain, immediately I get more details about that country and love to visit it. Like that I want to see almost all places in the world.”

* “All I care about is a good script. For me the target audience is not the priority. All that matter to me is to be a part of good film.”

* “My background is my strength. My determination is also strength. I am flexible. I am adaptable both mentally and physically. The character of ‘Arya’ is a reflection of my ownself.” 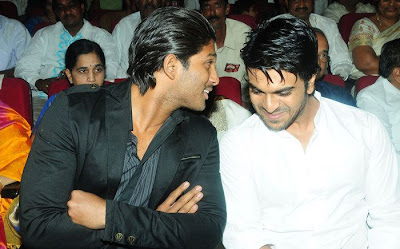 * ” I know where I stand now. I want to go up and be among the top bracket. I am in the rat race. I am running and I want to run in the future.”

* “I have taken interest in production. I want to give a good film to the people with high technical values. I prefer spending more on postproduction.”

* The telugu actor is good at Dancing and received good reviews for his performances.

* He started learning Dance during his childhood days. 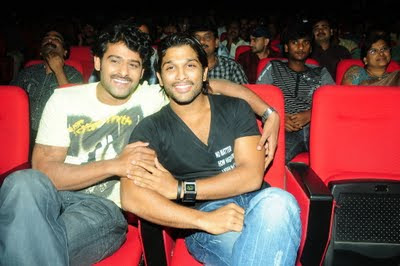 * He was mischievious during his school days.

* The actor enjoys playing pranks with every one in the industry.

* Every year on his birthday he donates blood and meets physically and mentally challenged kids.

* His made his film debut in a minor role in film “Daddy” with Chiranjeevi.

* Telugu Superstar Chiranjeevi and Pawan Kalyan are his uncles.

* He caught the attention of Telugu film lovers with his quick cameo in Chiranjeevi’s Daddy.

* He created history by becoming the debutant hero with maximum number of 100 days centers (Gangotri – 100 days in 54 centers).

* From a frail body with pretty ordinary costumes in Gangotri to a muscular Six pack body with nothing less than Diesel, Nike t-shirts in Desha Muduru, Allu Arjun has come a long way.

* Bunny is just 7 movies old and his reach is much bigger than any other contemporary heroes in Tollywood. 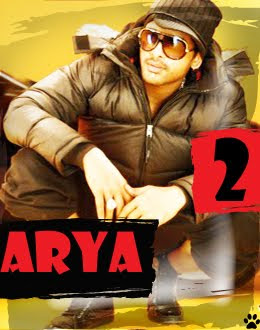 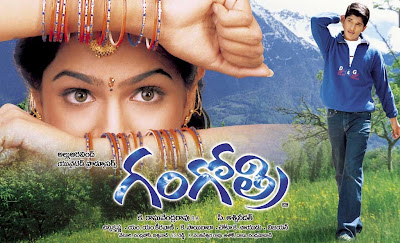 * Chota K Naidu captured the beauty of Gangotri and other holy places with camera and presented us with the virtual tour of holy places.

* Production: The movie comes from the stable of two of the most prestigious producers of Telugu cinema – Aswini Dutt and Allu Arvind. The production values are very rich. 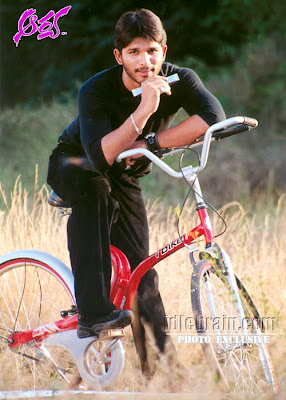 * The film’s dubbed version in Malayalam did a business of nearly Rs. 30-35 lakhs from Kerala. 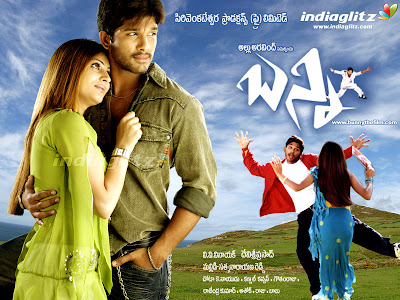 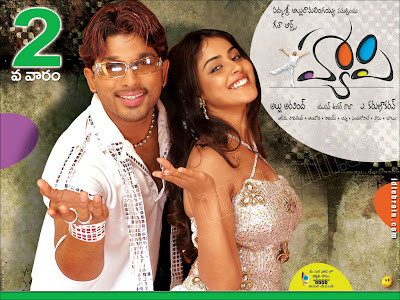 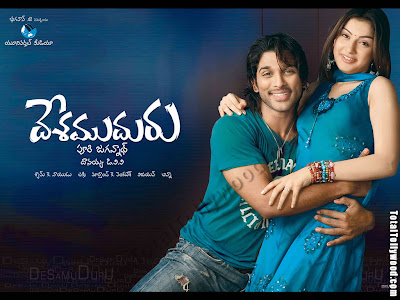 * Despite receiving mixed talk from public, Desamuduru grossed 12.58 crores and a share of Rs.9.5 crores. worldwide in the first seven days since its release. The openings stand out as the highest in Arjun’s career.

* Desamuduru has grossed 19.75 crores in 2 weeks from its release. The film grossed 29 crores in four weeks and became a blockbuster. 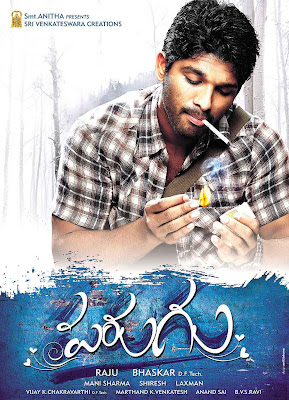 * The film collected a share of Rs.10.82 crores in its first 9 days of theatrical run and collected 21 crores in 3 weeks.

* There were mixed reviews for the film.

* This movie was dubbed into Malayalam as Krishna and was a blockbuster in Kerala too. 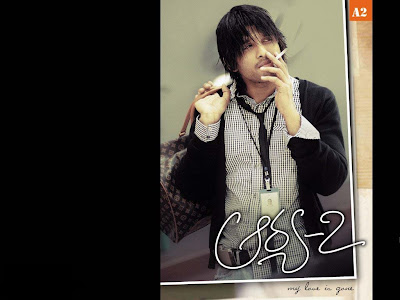 * For first time in Indian Film Industry, huge number of people (100 real families) are introduced in the film.

* As per the sources the film is going to be a Temple backdrop film.