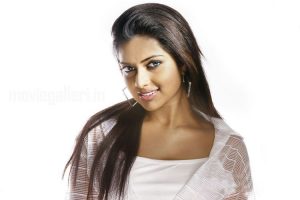 Heard about the malayalee actress Amala Paul? Yes, she is new sensation in Tamil industry with her latest movie ‘Mynaa’ turning a big hit. The actress who entered film industry with films like Veeerasekharan and Vikatakavi, after her assignments in many advertisements is presently through a number of new projects. She will be seen soon in ‘Mirugam’ fame Sami’s ‘Sindhu Samaveli’ which is getting ready to greet release centres in a short while. The other big projects of Amala in Tamil includes Vikram’s untitled movie, and a new movie with Arya. She has also bagged a Telugu movie as heroine to Siddharth.

Amala, a native of Aluva and a second year degrees student of St.Theresa college, had earlier done a short role in Lal Jose’s ‘Neelathamara’. She will be again seen in Malayalam in the new movie by Rajesh Kannankara ‘Ithu Nammude Katha’. Anyway, great going and best of luck…..