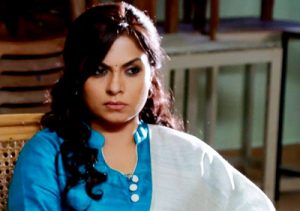 Kamal Haasan has a habit of repeating actors in his films. After Viswaroopam, he went ahead and cast the same Andrea and Pooja Kumar in Uttama Villain. Now after working with Asha Sarath in Papanasam, he has cast her once again in his next film Thoonga Vanam.

“Asha Sharath’s performance is brilliant and hence we have roped her in my production house’s next film “ said Kamal Haasan at the recent media meet of Papanasam. Now, the actress has revealed that she will be seen as a doctor in Kamal’s new action thriller.