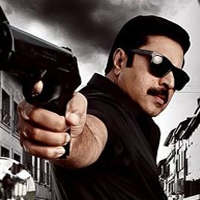 After much confusions and delays on the release, Mammootty’s first movie of the New Year ‘August 15’ will get to theatres tomorrow. The movie will make a wide release in more than 100 centres. Directed by Shaji Kailas in the scripts of S N Swamy, the movie will be a sequel to ‘August 1’ which arrived twenty years ago.

Megastar Mammootty will don the role of Perumal that he has done in the original movie. Produced by M Mani in the banner of Aroma movies, the movie will also feature Meghna Raj, Siddhique, Shwetha Menon and Thalaivasal Vijay in the lead roles. While Nedumudi Venu appear as the chief minister of the state in the new movie, Saikumar will don the role of Party secretary. The movie which is said to have come out well is expected to become another hit of the year.