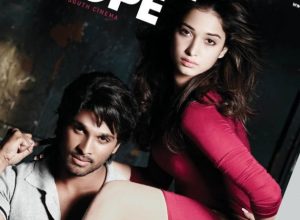 Stylish Star Allu Arjun’s semi period film Badrinath, directed by V.V. Vinayak under the banner of Allu Aravind’s Geeta Arts, is likely to commence shooting its final schedule from March 21. The film is almost complete except a couple of songs and some patch work.

The film is set in the backdrop of Badrinath temple, situated in the bank of Alaknanda River in the hill town of Badrinath in Uttarakhand. Arjun plays a Indian Samurai, while Tamannaah is the heroine. Prakashraj is playing a key role.

Chinni Krishna is the man behind the story. M.M. Keeravani is scoring music. Cinematography is by S. Ravi Varman, editing by Goutham Raju and art by Anand Sai. The makers are planning to release the film in May.