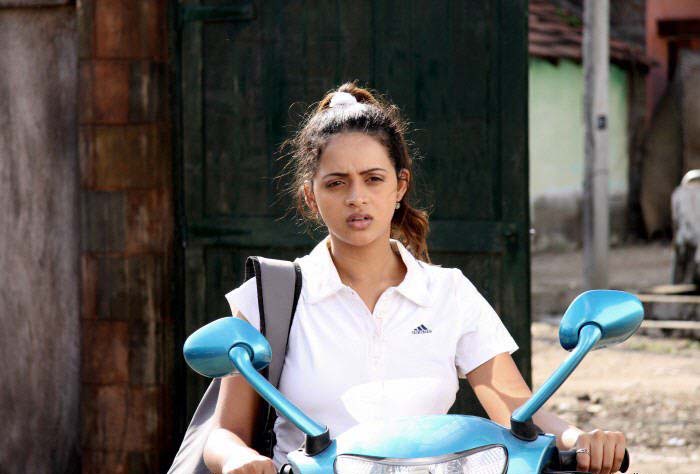 We all know that innocent looking beautifu Bhavaa has made a stunning debut entry in Sandalwood with Jackie opposite Power Star Puneet Rajkumar. After that as reported earlier, the actress was roped in for second Kannada movie, directed by Vishnuvardhana starring Sudeep in the lead, a few months back. But the actress herself had recently given an exclusive interview to leading newspaper and declared that she has opted out of her second proposed project.

The reason is nothing but availability of dates. As promised she had given dates in December. But Sudeep has been busy giving final touches for his home production venture and could not start the shooting. Hence the filmmakers have asked her to join the sets in March. Unfortunately the beauty has committed that period to two Malayalam projects. One among is Priyadarshan’s next, which will be shot extensively in Abu Dhabi while second one is a college campus based venture called Dr. Love with Kunchacko Boban, the actress said in her interview.