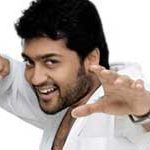 The Income Tax department conducted a sudden raid at actor Surya and his close associates residence. The raid started early in the morning from 7 am and went on till afternoon 2pm. IT officials conducted the raid at the actors T Nagar residence, Boat Club area bungalow and various offices and residences of the star and those closely associated with him.

The offices of Agaram Foundation, a charity trust and foundation floated by the actor and a business man associated with the foundation have come under the IT scanner. It is mentionable that the raid has come four days after Vijay TV and Surya’s Agaram Foundation came together for a movement called ‘Vidhai’ to generate the pool corpus to help students to achieve their academic goals.