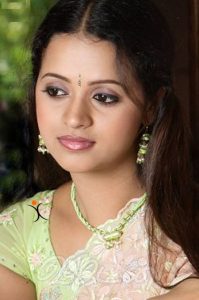 It all began with her recent interview with a prominent Malayalam film weekly! Asked whether she had ever felt attracted to any of her co-stars, actress Bhavana admitted her affair with a co-star, who is not a Malayalee, saying they have a very strong relationship!

The latest news is that Bhavana is now gearing up to enter wedlock with her dream boy soon with the consent of her parents. Bhavana’s family members, who were looking for suitable match for her, have reportedly accepted her affair with her co-star, whose name is yet to be revealed.

Bhavana is now busy with a couple of projects in Malayalam, Tamil and Kannada: Kudumbasree Travels, The Metro, Mister Love and Double Decker in Malayalam, Naan Ninaithathai Mudippavan and Vetri Nadai in Tamil and Dwarakish’s Kannada film Sampath Kumar.