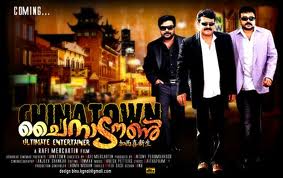 Earlier the multi-starrer featuring Mohanlal, Jayaram and Dileep was scheduled to release on April 7.

But after the Election Commission announced the Kerala assembly elections for April 13, the producers decided to postpone it by a day.

Antony Perumbavoor and theatre owners in Kerala feel that if the film was released during the election campaign, the opening would have been hit.

Now for Vishu there is no other big films, so China Town which will release in 100 plus screens will get a fabulous opening and will also a week later get the Easter weekend!