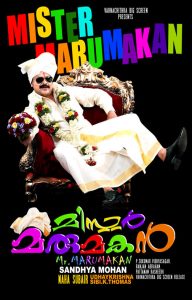 Few months back, Janapriyanayakan’ Dileep played by a big gimmick in his hit movie ‘Karayasthan’ organising around fifty serial stars to sing and dance for the ‘Mangalangal’ song in the film. Though many still doubt what were the recipe that made ‘kaaraysthan’ a big hit, this song extending to around seven minutes was definitely one. Now Dileep is all set to do another innovative song sequence for his new movie ‘Mr Marumakan’. The movie will have ten heroines of Mollywood appearing in a song with Dileep. The song will be biggest highlight of the movie directed by Sandhya Mohan.

Mr.marumakan has Sanusha graduating as the heroine to bigger stars. Bhagayaraj and Khushboo are also playing important roles in this movie which will a family flick.