At the global launch event for the device Galaxy Note 3 in Germany, the company had announced that the 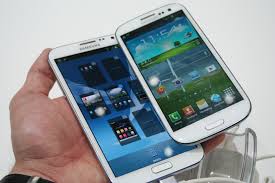 ablet will arrive in 149 countries on September 25. India is one of the biggest markets for Samsung and it has released its top-end devices in the country soon after their global unveiling.

Samsung has also said that its Galaxy Gear smartwatch will hit major markets when the new flagship phablet is launched.

On release of Galaxy Note 3 by the end of the month, the phablet will arrive in the US market in October only. AT&T, Sprint, T-Mobile, Verizon Wireless and US Cellular will carry the Galaxy Note 3 smartphone. Some of the cellular carriers will also sell the Galaxy Gear smartwatch. Major retailers including Best Buy, Amazon.com, RadioShack and Wal-Mart also will carry the smartphone and smartwatch.

Samsung’s new Galaxy Note 3 phablet specification has a 5.7-inch screen with 1920x1080p resolution and runs on Android 4.3 (Jelly Bean), the latest version of Google’s free mobile OS. The device has a 13MP camera and comes with 32GB internal storage and 3GB RAM. The version headed to India will have a 1.9GHz eight-core processor and have connectivity options like 2G, 3G, Wi-Fi, Bluetooth 4.0, infrared, microUSB 2.0 and NFC.

The Galaxy Gear smartwatch has a 1.6-inch SuperAMOLED screen with 320x320p resolution. This device is powered by Android 4.3 (Jelly Bean) and runs on 800MHz processor and 512MB RAM. It can pair with Samsung’s Android 4.3-powered devices like Galaxy Note III phablet and Galaxy Note 10.1 tablet. Priced at $299, the Galaxy Gear lasts for over a day on a single charge.

This gadget can make and receive phone calls, read text messages and emails, track workouts and capture photos and videos. This smartwatch also has a 1.9MP camera and can receive voice commands via the S Voice app.