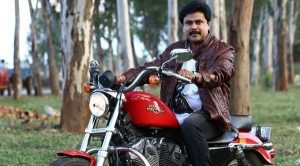 Dileep plays the lead role in the upcoming movie ‘Canadian Tharavu’ directed by Shafi. The movie is scripted by Shafi’s brother filmmaker Rafi.

Rafi also does an important role in the movie. Dileep plays an easy going guy who marries a Canada based Malayali girl only to settle in Canada.

‘Canadian Tharavu’ is produced by Rajaputra Ranjith. The music is scored by Gopi Sunder.