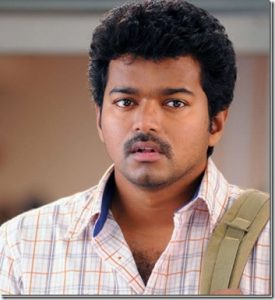 It is good news for the ‘Kavalan’ team! The film which definitely marked a turning point in ‘Ilaya Thalapathi’s career, continues to make news even now many days after its release. Well this time around good news comes from the most famous city of China, Shanghai.

Director Siddique’s film ‘Kavalan’ has been selected to be screened in Shanghai during the International Film Festival which will be held in the city from June 11th to June 19th. Though the film faced hiccups even before it released from theatre owners across the state that changed post its release and went on to become one of the best grosser for Vijay also winning the hero more popularity.

‘Kavalan’ which had Vijay and Asin in the lead was this year’s Pongal release. The film was selected to be screened in the International Film Fest to be held at Shanghai by a board comprising of famous directors which also includes Oscar winner Barry Levinson. ‘Kavalan’ has been selected to be screened in the ‘Panorama’ category. More than 80 countries around the globe will be culminating for this event with more than 2500 films being screened during the event.