Maan Karate is an upcoming Tamil fantasy film directed by Thirukumaran, a former associate of A. R. Murugadoss.It stars Sivakarthikeyan, Hansika Motwani, Soori, Vamsi Krishna, Writer Shaji and Sathish A. R. Murugadoss wrote the story for the film, which is produced by Escape Artist Motion Pictures and has music by Anirudh Ravichander. The film is scheduled to release on April 4, 2014 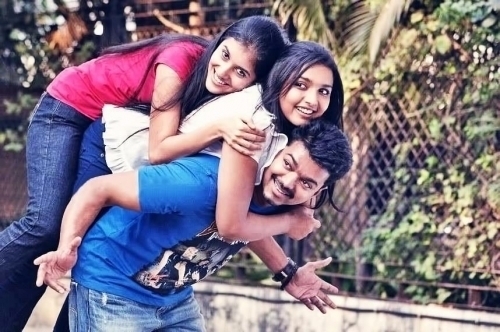