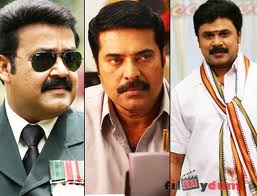 Super hit script writing duo Siby K. Thomas and Udayakrishna, who started their careers as assistant directors and later went on to become the successful scenarists in Malayalam, are all set to direct their maiden film.

Titled Arakkallan Mukkal Kallan, their debut film is based on the lives of three robbers to be played by superstars Mammootty, Mohanlal and Dileep, it is said.

The film, touted to be the biggest budget film after Twenty:20, will be a hilarious thriller produced by Mammootty’s Play House. It will start rolling shortly. More details are awaited.