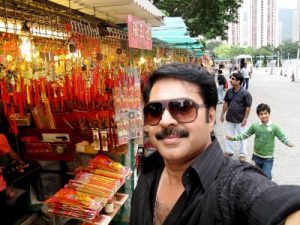 Megastar Mammootty’s The Train, directed by Jayaraj under the banner of Harvest Dreams, is progressing in Mumbai.

The crew has recently completed some scenes at the Kopar Khairane railway station, Nariman Point and Chathrapathi Shivaji Terminus.

The Train, which was earlier titled Track with Rahman, stars Mammootty as an officer in the Anti-Terrorist Wing of Mahrashtra Police. It focuses on the lives of Malayalees affected by the Mumbai chain bomb blasts in July 2006. The film also stars Jayasurya, Jagathi, Balaji, Anjali Sabarwal and Sabitha Jayaraj.

1 thought on “Mammootty’s The Train progressing in Mumbai”