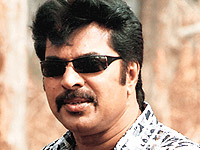 Malayalam superstar Mammoty is doing a Telugu film which will also release in Malayalam later. Telugu audience remember Mammoty in K Viswanath’s ‘Swathi Kiranam’ that released two and a half decades ago. Sharwanand is playing the lead role in this film which has been titled ‘Keeravani’. Like Swati Kiranam, this film too is a musical entertainer.

Venkat P S is the director of this film on Siri Laxmi Sindhu Cine Creations banner. He started the production work in his office following the ceremonious Puja.The shoot for this flick will start February 23rd.