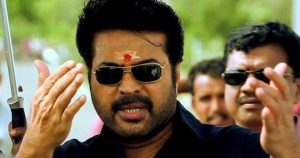 Superstar Mammootty, who has just wrapped up the shooting of Salim Ahmed’s Pathemaari, has started shooting for G Marthandan’s Achcha Din.

Achcha Din is being produced by S George and has script by Emmanuel fame A C Vijeesh. According to reports, Mammootty is playing a north Indian who has been living in Kerala for so many years. Pradeep Nair wields the camera while Biji Bal scores the music.

Mammootty’s Vishu release, Bhaskar the Rascal, will hit the screens on Apr 14. The film has Nayantara playing the heroine.