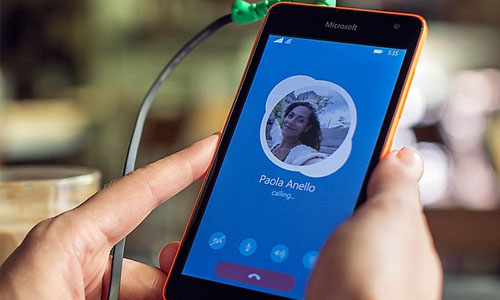 Microsoft has launched the Lumia 535, a Windows 8.1, low-cost smartphone for emerging markets — and the first without the Nokia name. While the Lumia 535 has Microsoft’s brand on the back of the handset, it sticks to Nokia’s formula by being a bold, inexpensive device with basic smartphone internals.

The Lumia 535 has a 5-inch, 960 x 540-pixel display and is powered by a 1.2-GHz quad-core processor with 1GB of RAM. The handset comes with 8GB of on-board storage and a microSD card slot, complemented by 15GB of free OneDrive cloud storage. Available at the end of November, the Lumia 535 will cost 110 Euro (or about $135) without a SIM card.

Microsoft is touting the Lumia 535 as part of its “5 x 5 x 5” proposition with its 5-inch screen, the 5-MP wide-angle, front-facing camera for Skype videos and selfies, and five included Microsoft experiences, including Word, Excel, Powerpoint, OneDrive and Cortana built into the device.

Microsoft apparently payed close attention to outdoor readability when creating the Lumia 535’s display, but we’ll wait to get our hands on the device ourselves to see how it stands up.

The handset will come in several bright colors: green, cyan, orange, black and white. Microsoft plans on launching the phone in Asian-Pacific territories at the end of the month to capitalize on the emerging smartphone market there, and its unclear whether the U.S. will ever see the 535.