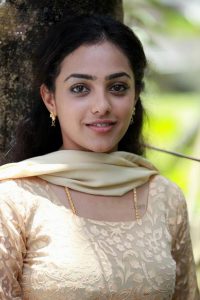 After the big hit ‘Josh’ in Kannada, Malayalee star Nithya Menon who is making a mark in other south Indian languages, has started to make a try in playback singing too. She has already lend her voice for two songs in her new Telugu movie ‘Alamo Deleinthi’. The industry circuits says that both the songs are already big hits. Nithya who is very happy to hear her songs add that she still likes to croon for more songs in films.

Nithya will have a new Tamil release in ‘Veppam’, which will get to theatres in the coming weeks. She is also appearing in the new Malayalam movie ‘Violin’ which is directed by Sibi Malayil.