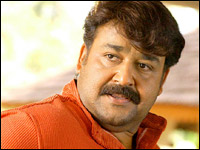 Priyadarshan’s Mohanlal film could very well boast to have one of the most intriguing titles heard in recent times.

Titled ‘Arabiyum Ottakavum P. Madhavan Nairum’, the film would have Mohanlal and Mukesh doing the lead roles along with Bollywood actress Vidya Balan.

Bhavana and Lekshmi Rai would be the heroines in the film that is expected to be a comedy thriller.

Priyan himself would script the film in all probability, and the shoot of the film is expected to start shortly at Trivandrum, Cochin and Dubai.