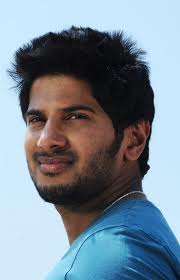 Dulquer Salmaan is an Indian film actor and businessman who works in Malayalam cinema. He is the son of Malayalam film actor Mammootty. He started his acting career in 2012, in the Malayalam film Second Show and later appeared in the film Ustad Hotel (2012). He was awarded with Filmfare Award for Best Male Debut for the performance in the film Second Show and nominated for Filmfare Award for Best Actor for his performance in Ustad Hotel.His Best Friend is Abid Ahammed

Dulquer Salmaan was born on 28 July 1986 as the son of actor Mammootty and Sulfath. He studied in Toc-H Public School, Kochi, Kerala, till primary classes, after which he joined Sishya School in Chennai. He received his bachelor’s degree from Purdue University, U.S.[4] He married Chennai-based architect Amal Sufiya,on 22 December 2011.

It was director Shyamaprasad who first offered him a role in the film Ritu. Later, Tamil director N. Linguswamy also offered him a role in a film which would mark the director’s debut in Malayalam. But these were rejected by Dulquer because he felt he had to study the various aspects of cinema in detail before venturing further and for that did a short term course in film.In 2011, Dulquer signed his friend Srinath Rajendran’s debut project Second Show in which he played the role of a gangster. Second Show, released on 3 February 2012, was well appreciated by both the viewers and also by the critics and completed a 100 days run.His second project was Ustad Hotel with director Anwar Rasheed. The film earned critical acclaim and was one of the major commercial successes in Malayalam cinema in the year 2012.Both films were in the list of “Top 10 Malayalam films of 2012”.His third film was Theevram, a crime thriller directed by Roopesh Peethambaran which released on 16 November 2012. Dulquer signed on to appear in Martin Prakkat’s ABCD: American-Born Confused Desi scheduled for release in 2013 as his fourth film. Next he would start work with Sameer Thahir on a film named Neelakasham Pachakadal Chuvanna Bhoomi.He has also acted in Amal Neerad’s segment in the anthology film Anchu Sundharikal

Dulquer Salmaan’s first business venture was a web portal for trading cars. He heads a dental business chain in Chennai and is also the director of Bangalore based Motherhood Hospital.