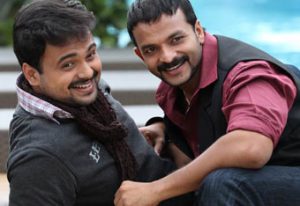 Rajesh Pillai is gearing up for his next movie after ‘Mili’. The said movie is scheduled to begin in July. His first hero, Kunchako Boban will play the lead in the movie. Rajesh Pillai’s first movie ‘Hridayathil Sookshikan’ had starred Kunchako Boban in the lead.

Jayasurya will be the other hero in the movie. The duo had shared screen for a number of movies before and their on screen equation is one to watch out for. Ashiq Usman produces the movie under the banner of Milestone Cinemas. Arun Lal is the scriptwriter.