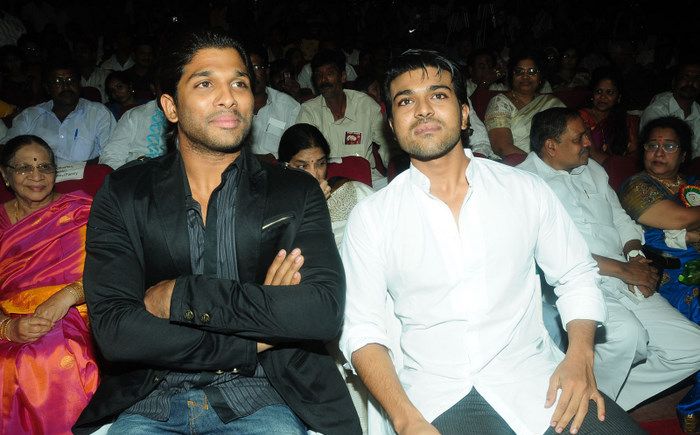 It is a combination that is going to be talked about for a long time, Ram Charan and Allu Arjun.

This deadly combo is going to happen this year. They are going to be acting together in director Vamsi Paidipalli’s next film and the movie might be launched in August this year.

Story written by Vakkantam Vamsi (of Kick fame) has already been okayed by Ram Charan and Allu Arjun. Praja Rajyam party MLA Ghanta Srinivas Rao and Dil Raju would produce the movie jointly. More details about this film are yet to be known.

Ram Charan will begin his Rachcha shoot in the direction of Sampath Nandi by the end of this month. Then he will move onto V V Vinayak movie. This flick will begin in August.