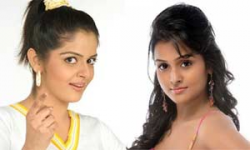 Remya Nambeeshan who had made a notable comeback with the year’s first hit ‘Traffic’ will don the lead in the new movie directed by cinematographer Sameer Thahir, titled as ‘Chappakurisu’. Nivedhitha of ‘Veruthe oru bharya’ and young star Roma will be the other heroines of the movie which will have Vineeth Sreenivasan and Fahad fazil as the heroes. The movie which is based on the untold stories of Kochy will follow two negative characters. ‘Based on a thousand real stories- is the tagline of the movie, which will experiment with a totally different narratives. Unni R is the screen writer of the movie produced by Listle Stephen