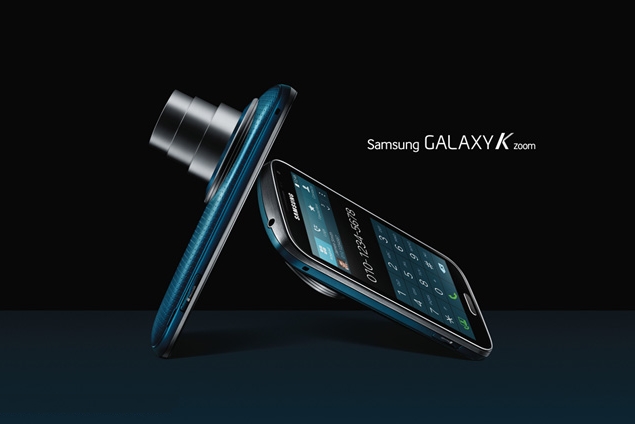 The camera-variant of the Samsung Galaxy S5, the Galaxy K zoom, has been launched in India, and is now up for pre-order exclusively on Amazon India at Rs. 29,999. The latest Samsung camera phone’s pre-orders started midnight on Wednesday, and will be available for delivery from July 9.
The Internet retailer has also announced some of the launch offers for the first 1000 customers pre-booking the Galaxy K zoom, which will get Rs. 6,000 worth of offers. These offers include free Samsung Pop out case; Sandisk 32GB microSD card; six free movie tickets; Rs. 1,000 value off coupon on purchase of select handbags on Amazon India; Rs. 1,000 value off coupon on purchase of select watches. Earlier this week, Amazon India had teased the Galaxy K zoom launch.

Initially announced in April, the Galaxy K zoom is the second camera-specialised smartphone from the company, the first being the Galaxy S4 Zoom.

Notably, the Samsung Galaxy S4 Zoom launched in India on July 9 last year, the same day which will see the Galaxy K zoom get availability in India this year. The Galaxy S4 Zoom (Review | Pictures) was launched at Rs. 29,900.

The Galaxy K zoom runs Android 4.4 KitKat, much like Samsung’s 2014 flagship Galaxy S5 (Review | Pictures). Other specifications include a hexa-core processor ( quad-core 1.3GHz and a dual-core 1.7GHz), 2GB of RAM, 8GB of inbuilt storage expandable via microSD card (up to 64GB), and a 2430mAh battery. The Galaxy K zoom will be available in two variants – LTE and 3G – while other connectivity options include Wi-Fi, Bluetooth, Micro-USB and NFC.