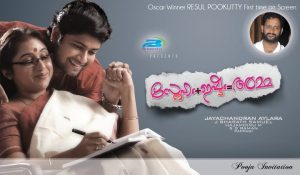 Sneham+Ishtam=Amma is the curious title of the new movie which has started its shoot at the capital city. Senior actor Revathy come up in
the title role of this movie directed by debutante Jayachandran Ayilara, who was an assistant to late director Bharathan. Scripted by Haja

Moinu, the movie will tell the story of a writer who has to become an assassin due to her love to her only son. Debutante Shehin will come

kalpana are also in the cast of the movie produced by J Bharath Samuel in the banner of Bharath Creations.