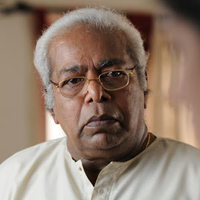 Though senior actor Thilakan is already expelled from AMMA, the artists association, and only a few film makers are fearless in casting him in their films after the issue, the actor is surprisingly having a movie release in every alternate months. Last month he had a release in Ali Akbar’s ‘Achan’.

The next movie from the veteran will be ‘Chungakkarum Veshyakalum’, which was shot entirely in Canada. Directed by Isacc Thomas, the movie tells the story about a Malayalee family that had emigrated to Canada. The movie will also have Sanjay George, Saju Varghese, Anu Tahim, Jessen Mathew, Nishal Sinclair and Sreejith in other roles.

‘Chungakkarum Veshyakalum’ is produced by VBK Das and Isacc Thomas under the banner of Maharshi Films.