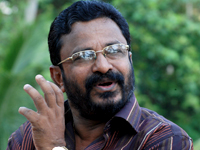 Much of the popular actors of the miniscreen who haven’t got a chance to act in big films are coming together for a new movie.The  movie project will be an initiative of ATMA, an association of television artists. Popular movie director who is a regular as a serial director, Suresh Unnithan will direct this movie which will be produced by the organisation.A number of popular television stars will for the first time appear before movie camera for this film. The director and his crew are in the lookout for good scripts which may earn acceptable success at the Box Office.