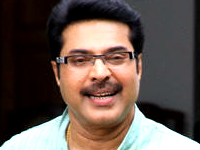 The first Vellinakshatram award for the best performance in a commercial cinema went to Mammootty for his portrayal of the lead character in ‘Pranchiyettan and the Saint’.The movie also got the award for the best film and best direction for Renjith. Kavya Madhavan was named the best actress for her roles in ‘Gadhaama’ and ‘Pappy Appacha’. Salim Kumar, Salim Ahmed, Padmapriya and R Sukumaran were selected for special awards by the jury.

While Vineeth Sreenivasan’s “Malarvady Arts Club’ was named the the second best film, the best Music Director award went to Jayachandran for his musical score in ‘Shikar’. This Gallop Poll award also selected Biju menon and Samvrutha Sunil as the second best actors for their roles in ‘Marykkundoru Kaunjaadu’ and ‘Cocktail’ respectively. Manoj Pillai is the best cameraman while MG Sreekumar and rajalekshmy were named the best playback singers. The awards will be given away on the 26th of this month in a colorful function to be held at Thrissur.