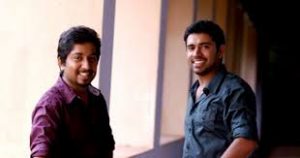 Multi-talented cine artist Vineeth Sreenivasan’s association with Nivin Pauly has always emerged victorious. The duo is reportedly gearing up to team up yet again. Their first movie together was ‘Malarvadi Arts Club’ which marked Vineeth’s directorial debut and Nivin Pauly’s acting debut.

The duo have come a long way since. Their team up in ‘Thatattin Marayathu’ was a super hit. Both of them are busy with a number of moves as of now. The proposed movie will reportedly begin as soon as they complete their current commitments. Vineeth Sreenivasan was scheduled to begin his next movie by June. More details are yet to be revealed.