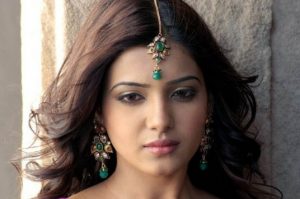 Stunning actress Samantha’s new film Kurralloy Kurrallu is gearing up to hit the big screens on 1st April. The movie is a dubbed version of Tamil film Bana Kathaadi that has Kollyood hero Atharva in the lead role.

Srinivas Damera is bringing the film to Tollywood screens under the banner Five colours multi media. The movie is touted as a love entertainer and was directed by Bhadri Venkatesh. Yuvan Shankar Raja scored the music for the film.

The film-makers say, the climax would be the highlight of the film and they have taken care in the dubbing activities to bring down the feel of a Telugu film.