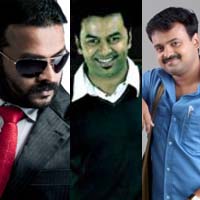 The film’s producer Jeevan has decided to postpone its release so as not to clash with his friend and leading producer Vysakha Rajan’s Seniors.

So Jeevan does not want his Three Kings to compete with Seniors, hence the release has been tentatively shifted to May 27.