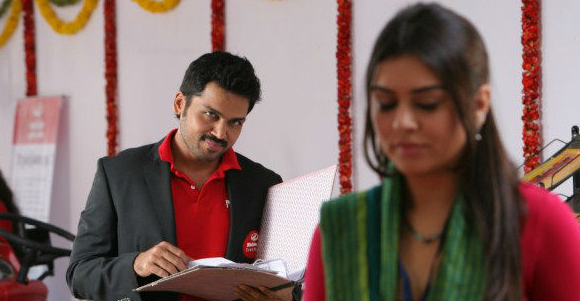 The countdown has finally begun for Karthi’s upcoming Biriyani which is gearing up for a big release in the silver screens this Friday. The expectations are soaring and to add to this buzz SR Prabhu of Studio Green films posted on his micro-blogging page that the film will be a Studio Green release all over Chennai and the film will have a mark of 1000 screens.

Biriyani is a Venkat Prabhu diet and it is produced by Gnanavel Raja of Studio Green film. This film has Karthi and Hansika Motwani in its lead and Premgi Amaran, Ramki, Panchu Subbu in vital roles. This film is also Yuvan Shankar Raja’s 100th film which makes it even more special. This Bilingual movie is not only being released in Tamil and Telugu simultaneously but it is also the first bilingual movie to release with Dolby Atmos surround sound.