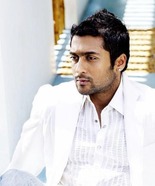 We know that the fans of  Suriya are waiting for the audio of 7am Arivu for a long time now. Now the wait can be marked with a full stop as the audio is all set to hit the stores in the mid of June so counting from we can hear the audio in just 15 days. It is always exciting to hear the music of Harris Jayraj films.

Here we are back with some bytes about the audio of 7am Arivu. The album has total of 6 songs including a Chinese track. Though some of the excitement is cleared but the real happiness arrives only when the audio is out. The Chinese song is the special attraction of the album which was sung by mandarin singer Hau. This particular song has sounds dating back to more than 2,000 years. Interesting isn’t it.

The audio will be launched in a grand manner and mostly the venue is expected to be Nehru Stadium. Suriya will be performing nearly 10 astonishing feats live on stage along with some trained circus artistes which will be a special attraction of the audio launch.

Suriya and Shruthi Haasan are playing the main leads in the film. 7aam Arivu is directed by A R Murugadoss and produced by Udhayanidhi Stalin on Red Giant Movies banner.