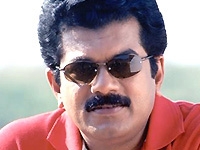 The new movie with Mukesh and Jagathy Sreekumar in the lead had been titled as ‘Lucky Durbar’. To be directed by debutante Hari Amaravila, this fun movie will be scripted by Riday Rasil. Cherayi Shaji will produce ‘Lucky Durbar’ in the banner of Cherayi Films. Captain Raju, Indrans, Mohanraj, Kochupreman, Tony and Raja Saheb are also part of the cast of this small movie scheduled to start in a couple of weeks.