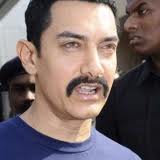 The perfectionist Khan has been chosen for the list of TIME magazine’s 100 influential people for this year around. This is the first time that the Lagaan star has featured in the TIME list.

Aamir known for his excellent portrayal of characters has been listed on the basis of his stint with producing films too. His Peepli Live, a satirical, last year was applauded internationally before achieving BO success in India.

One can vote to this maverick actor/director/producer by visiting the TIME’s site.