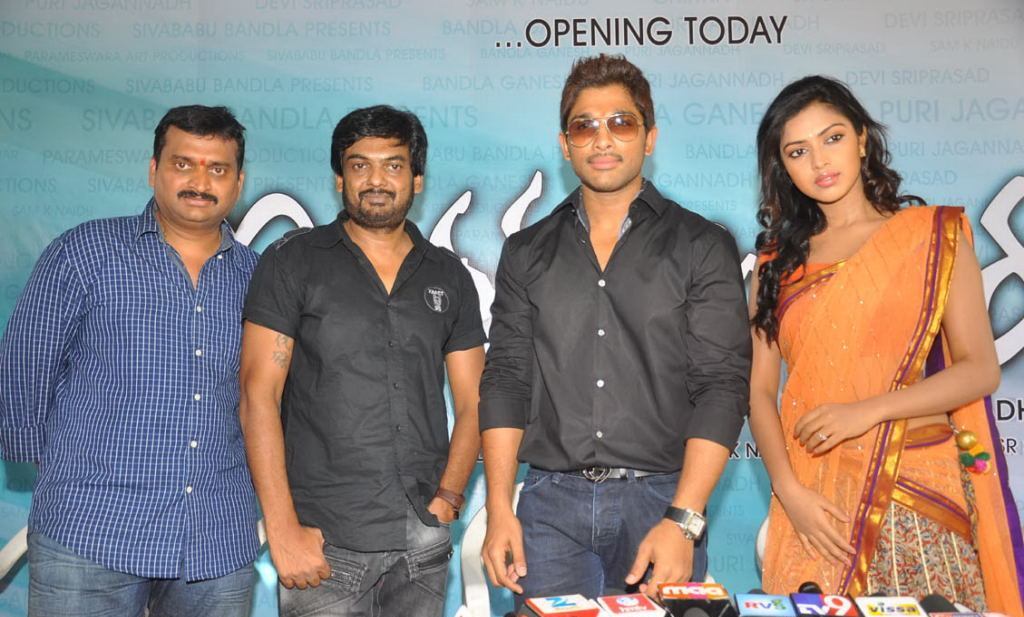 Allu Arjun Iddarammayilatho movie that has been launched recently will commence its shooting from November 20 and the film will be canned in New Zealand.

Earlier the filmmakers have planned to film the movie in Spain but have later shifted the location to New Zealand. Allu Arjun will pair up with actresses Amala Paul and Tapsee in the film.

Puri Jagannadh is wielding the megaphone for the film and Ganesh Babu is producing it on the banner of Parameswara Arts Production banner. Devi Sri Prasad is roped in to score the musical scores for the film. Puri Jagannadh who is quick at wrapping up the shootings is set to complete Iddarammayilatho in three months. Other details of the film are to be known.